Multiple Improvements in the Social Inbox

This release includes the following improvements and fixes in our Inbox module:

The featured image was not sent successfully to the blog platform, causing a broken image to be displayed instead of the featured image. This usually happens when the image file name is set in another language other than English or has some special characters added to the file name. This issue has been fixed in this release.

After updating to the latest version of the Android application, you will be able select media assets saved in your media library on the go.

When you tap on the attach media icon (camera icon), you will now see another option titled “Media Library”, tapping on it will open the Media Library section, and all of your assets saved on the cloud will be synced to your phone as well ready to be used ;)

Previewing posts’ media was very restricting, and to fit the content on smaller screens, we would scale to fit just to make sure that it was visible that there was something in the post.

Now you can tap on the image to view in full what the attached asset looks like, and in the case of multiple assets, you can simply swipe left and right to view all of them in one go.

You can now mention companies on LinkedIn while composing posts through ContentStudio!

Simply @mention in the Composer editor box, select LinkedIn from the platform selector, choose the company you want to tag in the post, and the rest is handled by us ;)

Note: Please reconnect your connected LinkedIn profiles and have your LinkedIn account selected in composer before @mentioning a company. 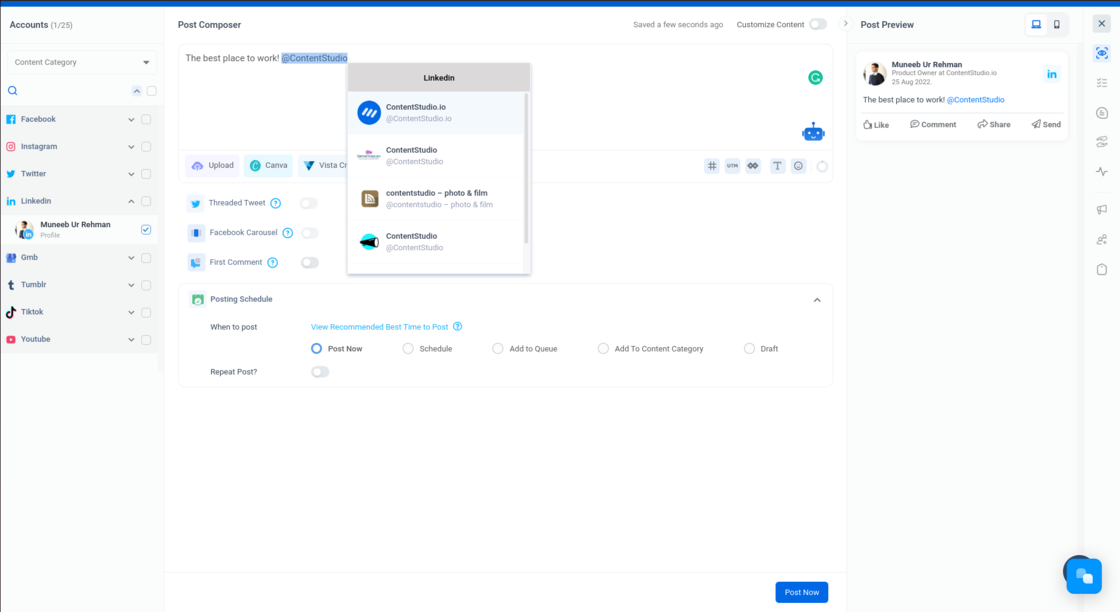 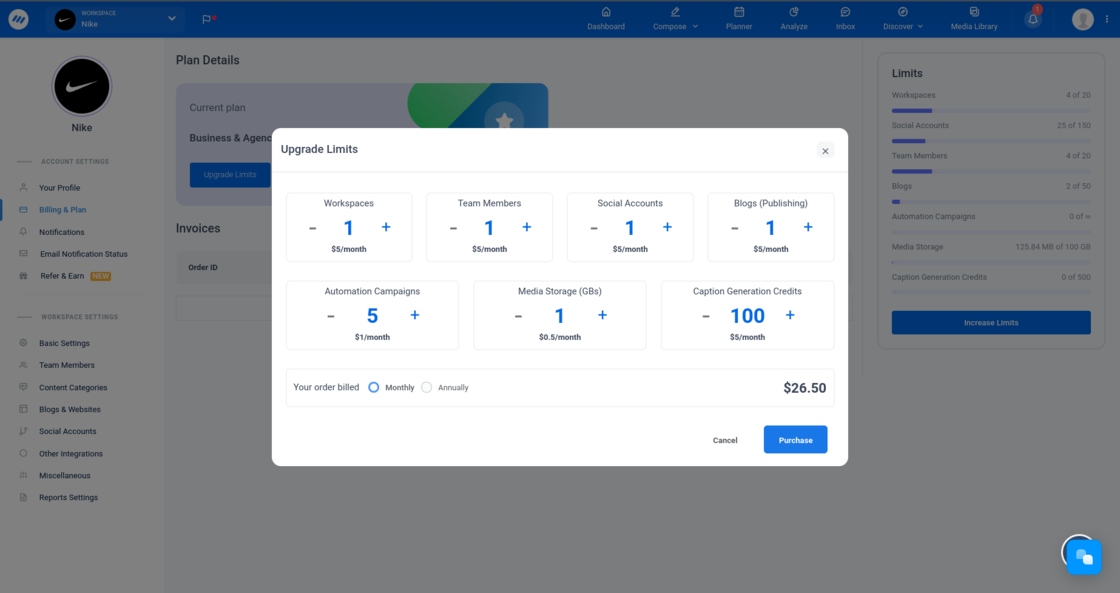 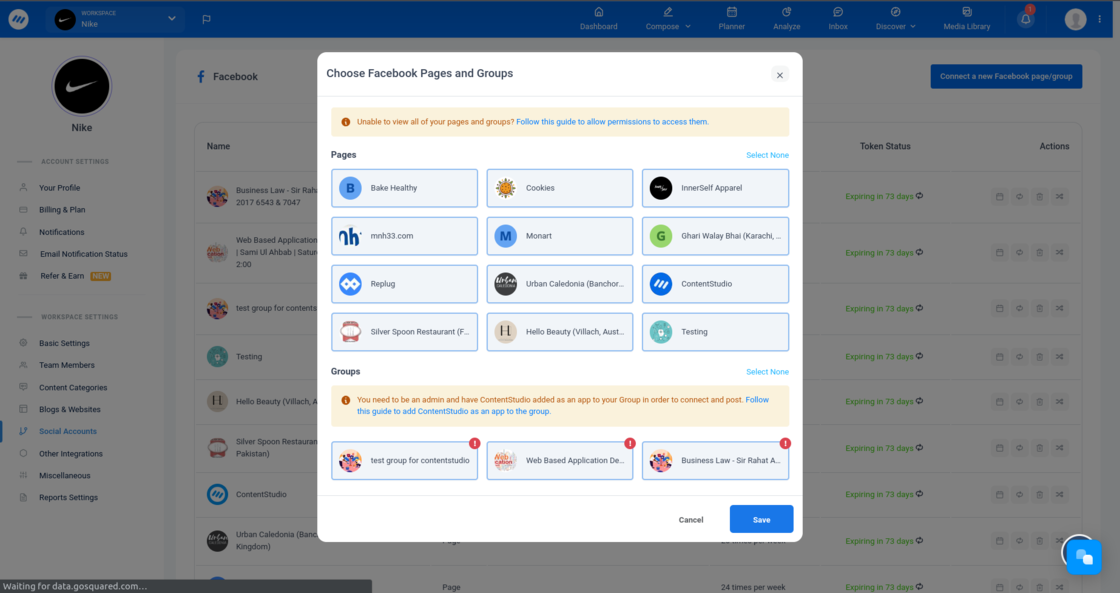 To post as a Short, you just need to select the Shorts radio button, and the rest is handled by us.

There are just three requirements that need to be accounted for:

*This is optional as we would add them ourselves if missed; this helps navigate the post to Shorts on YouTube. 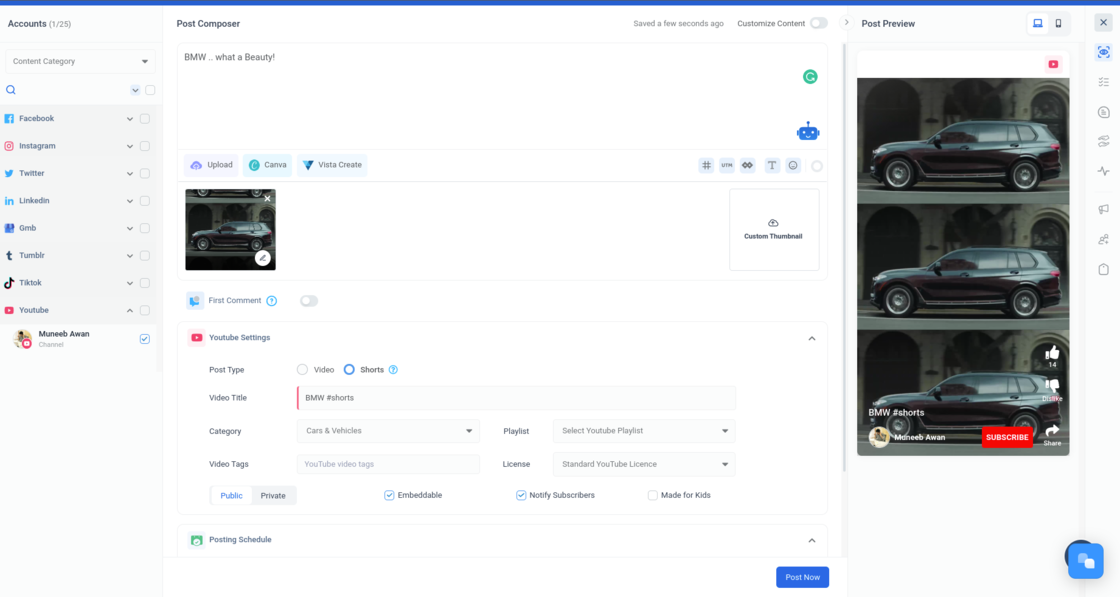 Through ContentStudio, you can now tag users/businesses on the image(s) for Instagram while directly publishing through API.

This is one of the most requested features, and we were waiting not so patiently for this feature to be added to the API; well, now we have it fully integrated.

Make sure to post via Instagram’s Direct Publishing Method! 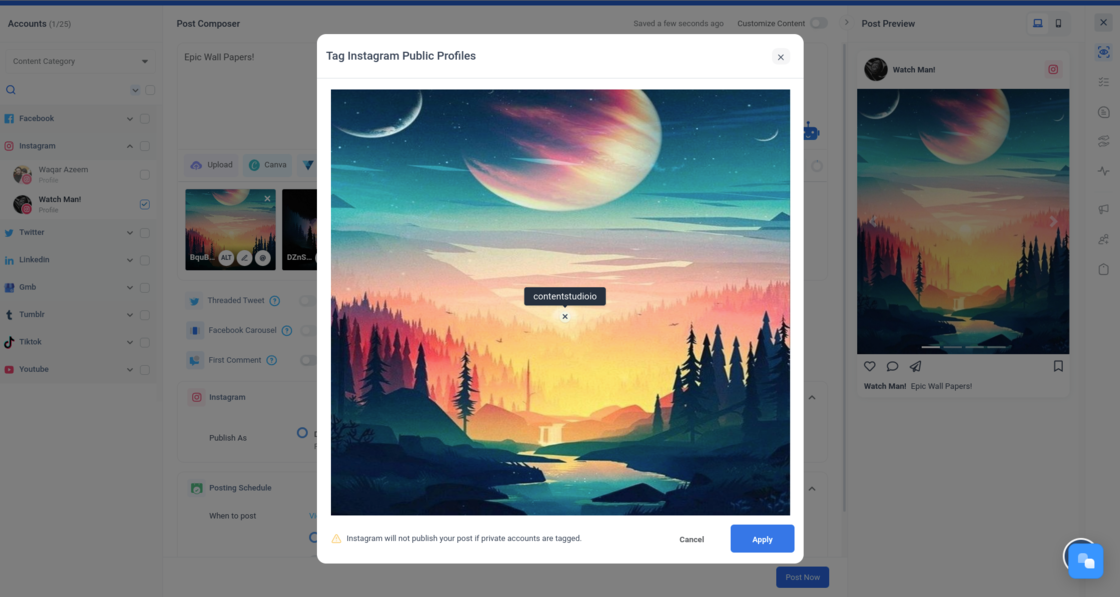 This year the plan is to make ContentStudio super user-friendly and your go-to social media management tool.

Composer being the core of our product, why not make it even more accessible? Now you can access the composer modal through URL as well, just add the keyword /composer after your workspace slug, and it will open the Composer module directly.

This is convenient as you can just bookmark this URL now and directly go to Composer without any additional clicks.

Or better yet, for teams collaborating on a post, we auto-save the post. The link would for Composer have the post identifier added to it, which can be shared with other team members for review or to make changes directly.

We had this feature in the previous Planner module, but it was extremely slow and would cause the application to freeze up while the request was being made.

We have revamped the back end for this request, and now it works at the speed of light! 😀

You no longer need to schedule reels through the push notification method, and with three simple steps, you can post them instantly to Instagram.

All you need to do is:

To read a more detailed version of the steps above, please click here.

Only reels with a duration between 5 and 90 seconds and aspect ratios of 9:16 are eligible to appear in the Reels tab. 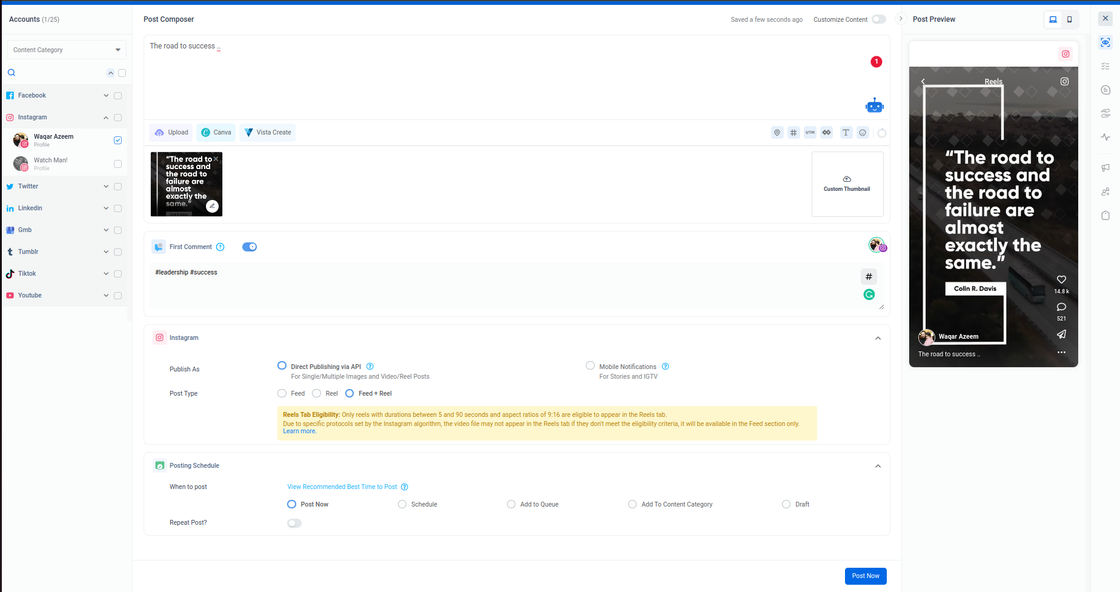 We have improved our Set Custom Thumbnail feature.

Before, the users were expected to simply upload their preferred image as a thumbnail if they didn't like the suggested images.

We took it a step ahead by adding the Choose from Video option, which allows you to scroll through the video to the preferred section that you feel should be the thumbnail for the video and just click on Apply.

Since Instagram video/reel publishing requires a thumbnail offset to set a thumbnail, the “Choose from Video” will set the precise second as the thumbnail, and for all other social channels, the image link will be used.

The Choose Suggested and Upload Image will set the thumbnail for all social channels other than Instagram, and the default value for thumb offset for Instagram will be the 3rd second.

Other improvements and fixes: